How I Stopped Chasing Highs and Self-Destructing 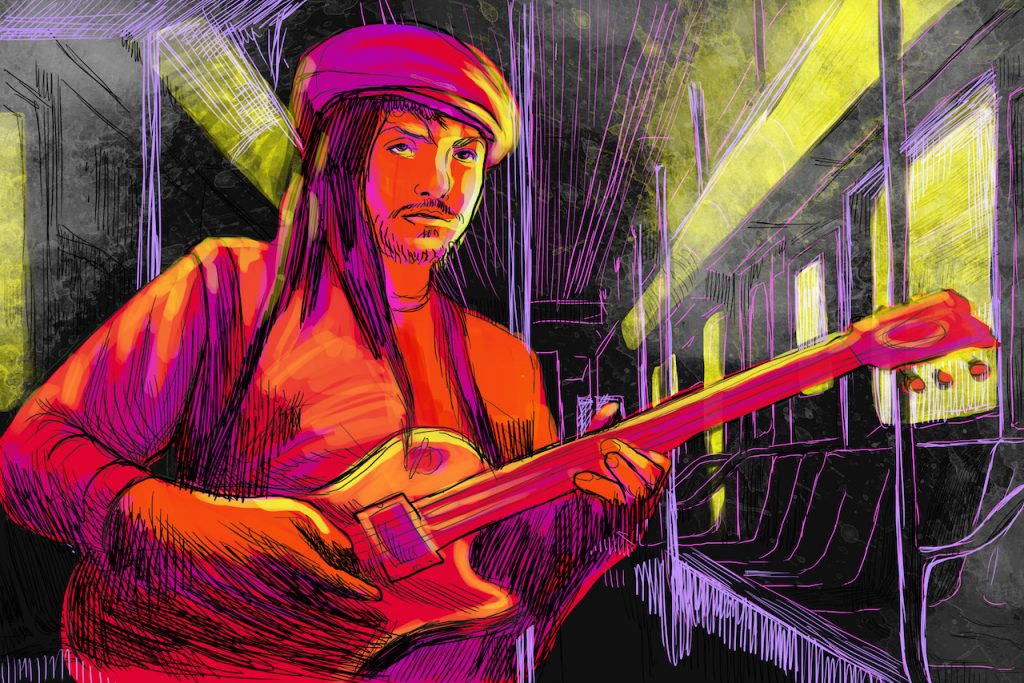 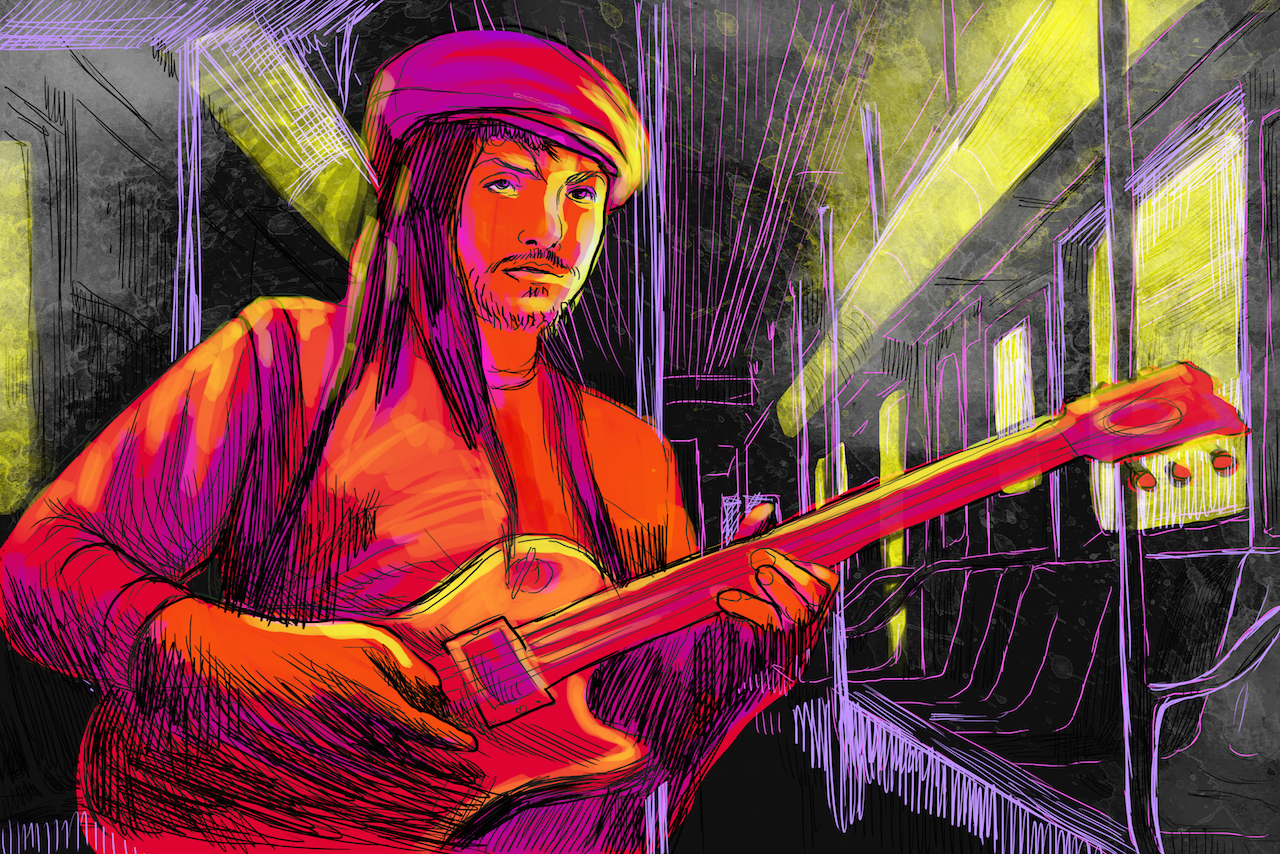 “Problems cannot be solved with the same mind set that created them.” ~Albert Einstein

In our culture, it’s pretty common to think of rock ‘n’ roll hedonism a little wistfully. From Keith Richards to Hunter S. Thompson, the wild nights and strung-out days of the world’s most iconic party animals are seen as integral to their sparkling creativity, rebellious nature, and untouchable glamour.

So many people, especially if they want to make it in the creative industries, idealize and inevitably attempt to mimic these lifestyles. Whether they want to be a “work hard, play hard” music producer, channel Hemingway as a bar-frequenting writer, or fulfill the image of free-spirited artist, artificial highs come with the territory.

When I was in my twenties, I fell for this concept hook, line, and sinker. I was working in the music industry and quickly cemented my image as the consummate party boy. Up for any new experience and the person you came to for a good night out, to an outside observer, it would seem that I was having the time of my life.

However, after the months turned into years of living this way, it became clear that all those hard-drinking, pill-popping creatives have produced their canon of work in spite of their lifestyles, not because of them.

When you hear the amazing tales of fun and debauchery, you don’t see the crashing hangover the next day, or the sense of hopelessness and despair that comes with being trapped in yet another comedown, while life refuses to move forward.

I was relying on various kinds of chemical highs to hide the fact that in every other part of my life, I was stressed and strained to breaking point.

Plagued by chronic insomnia, I hadn’t had a good night’s sleep for years. But within my industry, this pleasure-seeking and self-destructive behavior felt normalized, because that’s how most people behaved.

Instead of living the dream, I felt trapped in an endless cycle of stress and anxiety. Letting my hair down one too many times a week was a shortcut to feeling okay—at least for one evening.

The fact is that this kind of hedonism doesn’t make us feel better in any meaningful long-term sense. It’s a distraction. It’s a way for us to temporarily feel good, and potentially open us up to interesting experiences—but the highs never last. In fact, I spent much of my twenties feeling utterly drained, with no time or inclination to nurture anything truly worthwhile.

There’s an idea that all this “stay up all night, work all day” overindulgence is fine, or even laudable. That’s until the day when we step over the shadowy and undefined line into addiction, and our behavior is suddenly viewed as embarrassing and shameful.

I never came close to this point; in fact, to some of my peers and colleagues, it would have been far weirder and more uncomfortable socially if I were teetotal. But my lifestyle was still undeniably self-destructive.

My own health and well-being fell behind every other consideration, especially my career. Whether it was taking a second job and running myself into the ground in order to keep it all going, or staying up all night at events before getting up for another day of work, it simply didn’t end.

It was when I found myself completely exhausted, yet entirely unable to sleep at 2am on my ex-girlfriend’s couch—thinking of nothing but how my life was going nowhere, and convinced that there was no point left—that I realized things had to change.

Moving Away from Hedonism

I walked for hours that night, feeling like I was at the bottom of a pit full of regret, fear, and bitterness. But the simple action of getting up, getting out, and allowing myself to feel these emotions rather than mask them with my busy non-stop lifestyle was one of the first positive actions I’d taken for months.

It was a dark time, and I still used partying to numb myself to the realities of my life, but a chink of light had been let in. My friends could see I was in trouble, and after they whisked me away for the week, I decided to remove myself from the life I’d created and go to South America for a few months.

I got lucky in the fact that a big record deal finally paid me enough to extricate myself from the music business, but it was a shift in thinking that made me want to do this in the first place.

I learned that when something isn’t working, we can’t be afraid to let it go. Being a success in the music industry was my dream, but I had to acknowledge that this wasn’t a healthy or enjoyable part of my life anymore.

The realization had landed that we need something more meaningful and fulfilling to enjoy our lives than a series of fleeting and artificial highs.

It became ever clearer that success didn’t equate to working all hours and pursuing a unsustainable lifestyle in order to make a broken and inadequate “Plan A” work. I had to figure out why exactly I had chosen to pursue such self-destructive behaviours, and get to the root cause.

With far less hedonism and hard work to hide my issues, solving my anxiety-induced chronic insomnia became a priority. However, like many people I found myself focusing on the symptoms of my problems, completely unaware of and failing to tackle their hidden source.

I tried herbal sleeping tablets, but was instinctively reluctant to try anything pharmaceutical (which was interesting, considering I’d been so willing to take any number of illegal substances in order to have a good time).

Ear plugs and eye masks made no difference, and it was apparent that, as with my hedonistic life choices, I was simply skimming along the surface of things rather than looking deeper. It was as if there was a patch missing from the roof of my house, and instead of going up and fixing it, I was putting up a leaky umbrella each time it rained.

It was only the chance recommendation from a friend of a friend that led me to Vedic meditation—the technique that changed my life. After my first lesson I slept soundly for the first time in years, and within a few weeks my insomnia had eased entirely.

It was through meditation that I learned about a different kind of hedonism. Years later, I have left my partying days far behind, but live a far more vibrant, creative, and enjoyable life. By swapping late nights for bird song and record deals for teaching, I moved away from self-destruction, and toward self-growth.

Of course, this took a long road of self-discovery (which isn’t over yet!). But I feel there are some pointers which can help people if they’ve found themselves trapped into a similar situation to mine.

Here are three ways to move on from self-destructive behavior.

1. Allow yourself to learn from the lows.

It’s all too easy, after enduring the depths of a hangover all through Sunday and a drawn-out week at work, to get to Friday night and think the answer to all that sadness and frustration is another night of overindulgence.

I’m not saying this is easy, but instead of relying on your usual route to a good time, make yourself sit with your feelings. Without the (ultimately counterproductive) balm of alcohol and other such substances, you will start to see things as they really are, and work out if there’s anything that needs to change.

2. Switch up your routine and break the cycle.

Getting away from my life in London was a key part of breaking the bad habits that had me repeatedly making bad choices, which did nothing but make me feel worse (as the saying goes, the definition of insanity is doing the same thing over and over again and expecting a different result).

It could be something as simple as suggesting to your usual drinking buddies that you try a different, sober activity on a Sunday night, or catching up with friends you haven’t seen in a while rather than sticking with the same crowd.

The important thing is to show yourself the possibility of a different kind of lifestyle, and to build confidence in the fact that you can manage without your usual self-destructive coping mechanisms.

3. Think about what’s driving your behavior and address the root cause.

Hopefully, by taking a step back, you’ll be able to see what compels you to work too hard, party too hard, or indulge in your particular vice (for some people, this could even be over-exercising and obsessing about health).

Perhaps you are a high achiever and have worried yourself into chronic stress and anxiety. Maybe you have low self-esteem, and don’t believe you are worth looking after. Whatever it is, once you are aware of your motivations it is much easier to address them.

For me, the key to becoming a much happier person was meditation, and I thoroughly recommend it in all its various forms. But you may find that it is therapy which helps you most, or simply practicing gratitude. Even the most basic act of keeping a journal each day could make the difference.

Whichever proves to be the most beneficial thing for you, the important thing is dedicating some time to your own self-care. By acknowledging your problems, you give yourself the best chance to fix them.

Will is a meditation teacher and the founder of London meditation center Will Williams Meditation, committed to helping people live happier lives through the benefits of meditation. His first book, The Effortless Mind, is now available and explores the difficulties of modern life, the inspiring stories of my students and how we can be at our best through life’s challenges.

The post How I Stopped Chasing Highs and Self-Destructing appeared first on Tiny Buddha.